Since the introduction of search engines, the foundation for building a successful SEO campaign has been keyword research. Some have argued that keyword rankings are no longer relevant. Others claim that keyword optimization is as important as ever. Which faction has it right?

Prior to the introduction of Knowledge Graph, search was essentially about matching keywords to queries. Search engines relied on webmasters to provide signals pertaining to what a page was about. Strings of meta tags and keyword density played a large role in how a page ranked.

Google recognized early on the limitations of this system. In fact, they submitted a patent application in March of 2005 for a system and method for providing search query refinements. Bill Slawski recently pointed out this patent was further updated, in January of this year.

The primary objective for search query refinement was to better understand the context of a search query. Google summed it up like this:

“Take a query like [taj mahal]. For more than four decades, search has essentially been about matching keywords to queries. To a search engine the words [taj mahal] have been just that—two words. But we all know that [taj mahal] has a much richer meaning. You might think of one of the world’s most beautiful monuments, or a Grammy Award-winning musician, or possibly even a casino in Atlantic City, NJ. Or, depending on when you last ate, the nearest Indian restaurant. It’s why we’ve been working on an intelligent model—in geek-speak, a “graph”—that understands real-world entities and their relationships to one another: things, not strings”. Source: Google Official Blog, May 16, 2012 Google further improved the functionality of the knowledge graph with the roll out of Hummingbird. It provided users with a means for comparison searches as well as introducing conversational search. As it stands now, 20% of Google mobile searches are now voice. As Google Home gains wider adoption, it’s inevitable that voice will continue to play a bigger role in search. Some have predicted that voice and image searches will comprise at least 50% of all searches by 2020.

The latest algorithm update to better understand entities and their relationships is RankBrain. This artificial intelligence system can take a word or a phrase it isn’t familiar with, make a guess as to what the words or phrases might mean, and then filter a result accordingly. Google confirmed RankBrain as the third most important ranking factor on October 26, 2015.

At its core, SEO is still about getting a website ranked for high-value search queries. If your business is built on the sale of blue widgets, it’s pretty valuable to be ranked #1 for that phrase. Good keyword research will also reveal opportunities that might otherwise be overlooked.

Why Keywords Are Irrelevant

Many argue that keyword rankings are irrelevant for a multitude of reasons, most notably:

That said, improving keyword ranking is often the fastest and most efficient way to achieve those results.

The Evolution of Keyword Research

“Keyword research” and implementation was a pretty simple process early on. It started with using the Google keyword tool and/or Google Analytics to discover words and phrases yielding a high volume of searches. At the time, Google Analytics was a rich source for keyword data. The next step was to stuff those keywords into every meta tag, then include excessive mentions of that keyword on a page. The icing on the cake was to buy exact match anchor text links pointing to that page.

Since the Google algorithm used strings of metadata to return search results, this process was a sure-fire way to reach the top of the SERPs. Spammers loved it. Google hated it. The first step in fixing the problem was to remove keyword data from GA.

Knowledge graph ushered in the era of “semantic search.” The days of one-to-one search results based solely on a relationship between a query and metadata were over. Knowledge Graph made search results more relevant by understanding entities and the nuances in their meaning. This was a huge shift in search, requiring a new way to execute keyword research.

It’s no longer necessary for a phrase to appear in the metadata or even on the page in order to rank. For example, you may be interested in learning about “stats on content marketing”: Note the fourth result, which appears on SEJ: 8 Statistics That Prove Content Marketing Is the Best Brand Marketing. Nowhere on the page or in the metadata will you find the phrase “stats on content marketing” but since the page is clearly related to the topic, it still shows up in the search results. One benefit derived from this: the ability to get lots of traffic from keywords that are not specifically targeted or even tracked.

As Google’s search algorithm continues to improve, the ability to rank short-tail phrases will diminish. Successful keyword research now involves a focus on topical themes, rather than on trophy keyword phrases. Here’s a guide for doing keyword research the right way in 2017.

The Disruption of Search as We’ve Known It

In case you missed it, the death of 10 blue links occurred on May 5, 2015. That was the day Google announced that more searches take place on mobile devices than computers. Try doing a search on your phone for “personal injury lawyer” and you’ll see what I mean.

Smart assistants, like Amazon Echo and Google Home, are also having a profound impact on search, pushing it in a more conversational direction. Other technologies, like virtual reality, augmented reality, and wearables could also have an effect on how people search and how the Google algorithm evolves. It’s even possible that Google could lose its domination in search, as this evolution occurs.

If one thinks of keywords in the framework of topical themes, then yes. If you are still doing SEO like its 2011, you’re in for some rocky times. 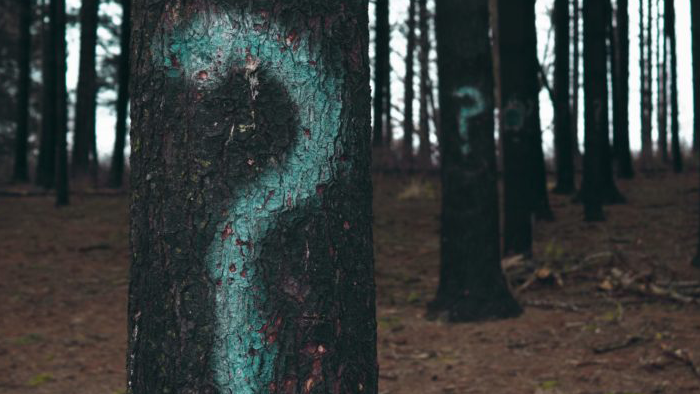